The Native Tongues is a collective of late 1980s and early 1990s hip-hop artists known for their positive-minded, good-natured Afrocentric lyrics, and for pioneering the use of eclectic sampling and later jazz-influenced beats. Its principal members are the Jungle Brothers, De La Soul, and A Tribe Called Quest. The collective was also closely tied to the Universal Zulu Nation.

The New York-based Native Tongues crew was a collective of like-minded hip hop artists who would help bring abstract and open-minded lyricism that addressed a range of topics, from spirituality and modern living to race, sex, and just having fun &ndash; to the mainstream. Together with the use of eclectic samples that would take on an increasingly jazzy sound, they would be pioneers of so-called conscious hip hop, alternative hip-hop, and jazz rap.

Fostered by Kool DJ Red Alert, the success of the Jungle Brothers would pave the way for De La Soul and A Tribe Called Quest; together, these three groups would form the core of the crew and continue the spirit of Afrika Bambaataa and the Zulu Nation. By 1989 they had been joined by Queen Latifah and the UK&#039;s Monie Love, and soon by the Black Sheep &amp; Chi-Ali. Collectively, the members of the Native Tongues had a huge effect on the style and trends of hip hop during its most important period, the golden age of the late 1980s&ndash;early 1990s. A Tribe Called Quest and De La Soul&#039;s albums of this time are considered among the best and most important in the hip hop genre.

The song &quot;Scenario&quot; was the final track on the Tribe Called Quest album The Low End Theory and featured the fledging Leaders of the New School&mdash;Dinco D, Busta Rhymes, and Charlie Brown. This track simultaneously introduced and legitimized the concept of a new school in hip-hop music, and is arguably the most notable and significant single song of the era.

While featuring an extensive discography, the collaborations of the Native Tongues have been fairly limited: the collective never recorded anything under that name, and the number of notable crew cuts can be counted on one hand. The various groups grew distant with time, and, by 1993, De La Soul&#039;s Trugoy the Dove proclaimed, &quot;That native shit is dead.&quot; The collective would, however, reunite in 1996 for the Jungle Brothers&rsquo; &quot;How Ya Want It We Got It (Native Tongues Remix)&quot;; collaborators in this period, such as Common,Truth Enola, DJ S.T.R.E.S.S., Da Bush Babees, and Mos Def, could be seen as latter-day additions to the crew. In 1998 on A Tribe Called Quest&#039;s final album The Love Movement, the last track &quot;Rock Rock Ya&#039;ll&quot; featuring Jane Doe, Mos Def, Punchline &amp; Wordsworth. Q Tip states near the track&#039;s end that &quot;this right here is a family&quot;.

There are several collectives today&mdash;with overlapping membership&mdash;that can be seen as the spiritual heirs to the Native Tongues crew: the Spitkicker crew (founded by De La Soul&#039;s Trugoy and Posdnuos in 2000), the Okayplayers, and the Soulquarians. Chris Lighty&mdash;a member of the Native Tongues-affiliated street crew the Violators, who began his career carrying records for Zulu Nation DJs and later as the Jungle Brothers&#039; roadie&mdash;now runs the successful Violator Management company, which represents Busta Rhymes and Q-Tip, among other high-profile clients. It has influenced many other artists in the music industry. 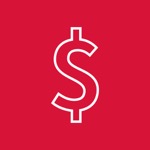