Celebrate the 2014 World Cup with some of the best football-inspired music from Brazil and around the world.

Highlights include a collaborative World Cup-themed anthem from multi-Platinum Setaneja duos Victor & Leo and Jorge & Mateus; a hugely popular single from AxÃ© singer Claudia Leitte, whom you might know from the official tournament anthem â€œWe Are One (Ole Ola),â€ also featuring Pitbull and Jennifer Lopez; and recent music from Techno-Pop sensation Gaby Amarantos, MTV Brazilâ€™s 2012 â€œArtist of the Year,â€ and Samba supergroup Monoblonco, who both appear on Coca-Colaâ€™s official tournament anthem â€œTodo Mundo / The World Is Ours,â€ which has 32 different versions that have reached the Top 10 in 40 different countries. 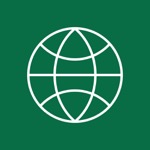