The &quot;Funky Drummer&quot; is a funk song recorded by James Brown and his band in 1969. It was originally released as a vinyl single in 1970 by King Records (with A and B-sides) and re-released in 1986 by Polydor Records as part of the compilation album &quot;In The Jungle Groove&quot;. The re-release incorporates the A-side and B-sde into a single track entitled &quot;Funky Drummer (Parts 1 &amp; 2)&quot;.

The recording&#039;s drum solo, performed by drummer Clyde Stubblefield, is one of the most frequently sampled rhythmic breaks in hip hop and popular music; indeed, it lays a strong claim to being the most sampled recording ever.

This playlist incorporates over 40 songs that have sampled the Funky Drummer over the years. Not surprisingly there are a lot of hip-hop artists in there but also more mainstream artists like George Michael, New Order and Sinead O&#039; Connor. 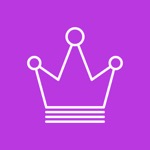