&lt;B&gt;His Majesty&rsquo;s Starship Derbyshire&lt;/B&gt; is a science-fiction story where each scene is accompanied by an electronic music track provided by Spotify. To enjoy the story fully, &lt;A HREF=&quot;http://pansentient.com/2011/02/his-majestys-starship-derbyshire-a-science-fiction-story-with-spotify-soundtrack/&quot;&gt;read the excerpts&lt;/A&gt; while listening to the appropriate song on the soundtrack.

&lt;EM&gt;Towards the end of 1980, His Majesty&rsquo;s Starship Derbyshire, the pride of the British Space Agency fleet, blasted off into Outer Space on a mission of imperial urgency. The Derbyshire was crewed by six of Britain&rsquo;s finest astronauts, hastily trained to prepare for a task of extraordinary circumstance. Jodrell Bank had detected an alien spacecraft briefly entering the inner solar system before retreating to an orbit around 90377 Sedna, the distant red dwarf planet that theoretically belongs to humanity. This attack on British soverign space could not be tolerated by the ruling Earth empire of the day, and so the Derbyshire mission was devised.&lt;/EM&gt;

&lt;EM&gt;The HMS Derbyshire launched covertly on the 23rd November, 1980. All seemed well until it passed Saturn, when all radio communication was lost. Its crew were never heard from again. This is their story.&lt;/EM&gt; 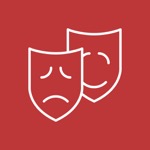 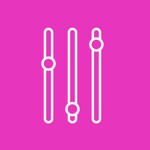