A playlist of the scariest horrorcore hip hop to celebrate Halloween. Welcome to the dark side of rap!

Horrorcore is a sub-genre of hip-hop that primarily focuses on violent and horrific lyrical themes. The music and artwork on many of the albums indentified wide ranging influences including Japanese horror movies, comic books, science fiction and death metal. Many of the artists are characterised through their alter-ego&#039;s which enables them to delve into deep and sometimes troubling issues.

Many of the innovators of the scene including Kool Keith, Geto Boys, Gravediggaz and Flatlinerz feature alongside modern hip hop, which has been influenced by these original artists.

This is for the hardcore, do not play if easily offended! 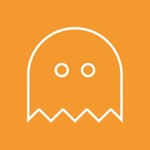