Don&#039;t know what came over the Isley Brothers in the early &#039;70s, but they apparently decided that beating the era&#039;s chart-toppers at their own game was their new mission statement.

Focusing on classic songs that: a) they really dug, and b) were really popular, the Isleys cut absolutely burning renditions of killer tracks from the emerging singer/songwriter movement.

I&#039;ve always thought that a collection of all of these tracks in the same place would make the best album that either the Isleys or any of the artists they covered never made...and now here it is. Dig it. 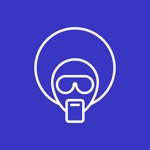