NPR: Top 10 Folk and Americana albums in 2012"More than any year in recent memory, the folk and roots music of 2012 was focused on collective roots, elements of ancestry, the stories and events which unite us. The finest traditional albums released paid homage to Nova Scotia and Appalachia. The strongest singer-songwriter records told of the hard struggles of working class people â€” stories which haven't changed drastically from generation to generation, but continue to be provide hope and promise. And our favorite albums from new artists (The Stray Birds, The Lumineers) were full of universal coming-of-age themes: facing reality with determination, learning how to proceed with courage. This was not a year of navel-gazing, confessional songwriting. Folksingers in 2012, more often than not, were making music to highlight communities. Given that, if another wave of the folk revival has been swelling in recent years, 2012 may be remembered as a year when it crested." - KIM RUEHL 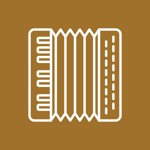