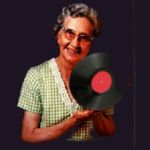 Paving the Highway with Tears:

100 great songs by the heartbroken Honky-Tonkers, Hillbillies and Cowboy Crooners of the late 40's and early 50's.

January first 1953, Hiram King Williams, also known as Hank, died in a backseat of his blue 1952 Cadillac.Within the six years between his breakthrough and death, the 29 year old Hank had become a country superstar.

Years before, in the early 1940â€™s, Ernest Tubb had recorded a song called "I'm Walking The Floor Over You", a song which had given birth to a new genre in Country Music, the Honky Tonk style. Tubb who was a fan of Jimmie Rodgers, had simply fused the music of his hero with Western swing and other "country soundsâ€. In the mid 40â€™s, Tubb took the sound to Nashville where its popularity began to grow. A few years later, Hank Williams began his rise to stardom and Honky Tonk entered its golden age.

The Honky Tonk Sound features the guitar, fiddle, string bass, and steel guitar. The vocals were were at first rough and nasal, as exemplified by singer-songwriters Floyd Tillman and Hank Williams, but later developed a clear and sharp sound, such as that of singers George Jones and Faron Young. Lyrics tended to focus on working-class life, with frequently tragic themes of lost love, adultery, loneliness, alcoholism, and self-pity. The genre gave birth to Country stars such as Webb Pierce, Hank Locklin, Lefty Frizzell and Hank Thompson.

After the death of Hank Williams the genre began to change in two different directions: The pop music inspired Nashville Sound and the rougher Rock & Roll.

This playlist consists of 100 great songs performed and written by my favorite country musicians and recorded during the golden age of Honky Tonk, 1946-1953.

Enjoy and feel free to leave comments or suggestions. 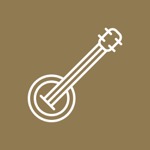