We asked more than 300 artists and musicians which song they listen to when they are making love. Here are the answers.

Akinyele - Put It In Your Mouth named by Kon &amp; Amir

Anything by Chris De Burgh named by Chrome Hoof

Art Of Noise - Moments In Love named by Droog

Art Of Noise - Moments In Love named by King Britt

Arthur Russell - You And Me Both named by Beautiful Swimmers

Barbara Mason - Give Me Your Love named by Tridact

Barbra Streisand - It Only Takes A Moment named by Wall-E

Barry White - Can&#039;t Get Enough Of Your Love Babe named by Alva Noto

Barry White - Can&#039;t Get Enough Of Your Love, Babe named by Our Broken Garden

Barry White - It&#039;s Ecstasy When You Lay Down Next To Me named by Arnold Meyer

Betty Davis - Git In There named by Bill Brewster

Boney M. - Baby, Do You Wanna Bump named by Lindstrom

Bootsy Collins - I&#039;d Rather Be With You named by New Young Pony Club

Brian Eno - The Plateaux Of Mirror named by Fans Of Kate

Brian Eno - The Plateaux Of Mirror named by Rebelski

Calexico named by The Bangles

Cat Power - I Found A Reason named by Woodpigeon

D&rsquo;Angelo - Feel Like Makin&rsquo; Love named by The Miserable Rich

D&#039;Angelo - Untitled (How Does It Feel) named by Bobbito Garcia

Ella Fitzgerald - You&#039;re Laughing At Me named by Ed Harcourt

Erykah Badu - Other Side Of The Game named by Dego

Gary Numan - Music For Chameleons named by The Emperor Machine

Heatwave - Always And Forever named by Kool &amp; The Gang

Isaac Hayes - The Look Of Love named by Bloc Party

Jimi Hendrix - Voodoo Chile named by Empire Of The Sun

Keith Sweat - How Deep Is Your Love named by Beautiful Swimmers

Marvin Gaye - Come Live With Me Angel named by Tahiti 80

Marvin Gaye - I Want You named by Jos&eacute; James

Marvin Gaye - I Want You named by Kissey Asplund

Marvin Gaye - I Want You named by Shakespeares Sister

Marvin Gaye - I Want You (LP) named by Lexx

Mazzy Star - So Tonight That I Might See named by Trentemoller

Minnie Riperton - Inside My Love named by Lovefingers

Monte Cazazza - Sex Is No Emergency named by Joakim

Motley Crue - Shout At The Devil named by Moving Units

My Bloody Valentine named by Redjetson

My Bloody Valentine - You Made Me Realise named by Gravenhurst

Ohio Players - Heaven Must Be Like This named by Daddy-O

Peaches - Fuck The Pain Away named by Kinky

Portishead - Only You named by Sharon van Etten

Prince - If I Was Your Girlfriend named by Beverley Knight

Pump Tha Flava - Do You Bay named by Everything Everything

Radiohead - Everything In It&#039;s Right Place named by Magic Arm

Roxy Music - If There is Something named by The Beat Up

Roy Ayers - You Send Me named by Gilles Peterson

Sir Mix-a-Lot - Baby Got Back named by Hot Chip

Snow Patrol - Somewhere A Clock Is Ticking named by The Fray

Spain - The Blue Moods of Spain named by The Soulsavers

Steely Dan - Do It Again named by Ost &amp; Kjex

Stevie Wonder named by The Bangles

System Of A Down named by Malachai

Talk Talk - Spirit Of Eden named by The Miserable Rich

Tangerine Dream - Love On A Real Train named by Jackpot

Teddy Pendergrass - Come Go With Me named by Max Essa

Teddy Pendergrass - Turn Off The Lights named by Rich Medina

The Cramps named by Dollboy

The Cramps named by Suicide Dogs

The Cure - Love Cats named by The Adored

The Doors - L&rsquo;America named by The Miserable Rich

The Dramatics - Whatcha See Is Whatcha Get named by Silk Flowers

The Dream - Falsetto named by ESG

The Durutti Column - Sketch For Summer named by Mystery Jets

The Eagles - I Can&#039;t Tell You Why named by Silk Flowers

The Exorcist Soundtrack - Side One named by The Faint

The Flying Lizards - Get Up (Sex Machine) named by Alva Noto

The Flying Lizards - Get Up (Sex Machine) named by Annie

The Gun Club - Sex Beat named by Sons And Daughters

The Isley Brothers - Groove With You named by Afrika Bambaataa

The KLF - Chill Out named by Mediengruppe Telekommander

The Ramones named by Travis

The Rolling Stones named by Catheters

The Sea And Cake - The Kiss named by No Age

The Velvet Underground - Femme Fatale named by Brothers Of End

The Velvet Underground - Follow The Leader named by Wooden Shjips

The Velvet Underground - Venus in Furs named by Gwyneth Herbert

Todd Rundgren - Izzat Love named by Like A Stuntman

Yo La Tengo; Hefner, Neutral Milk Hotel - In The Aeroplane Over The Sea; Cat Power - Colors And The Kids named by Medusa Snare 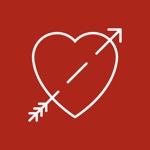