Suits is a USA Network television drama series created by Aaron Korsh, starring Patrick J. Adams as Michael "Mike" Ross and Gabriel Macht as Harvey Specter. The series, set at the fictional law firm Pearson/Hardman in New York City, follows Ross after he stumbles into a job interview with Specter, who is searching for an associate. Ross is undoubtedly the best candidate for the position, a position he obtains without having a law degree. The 12-episode first season debuted on June 23, 2011, with a 90-minute premiere.[1][2] It was renewed for a second season of 16 episodes on August 11, 2011 which premiered on June 14, 2012 with the mid-season finale on August 23, 2012. The remaining 6 episodes of Season 2 began airing January 17, 2013 on USA and January 23 on Bravo Canada.[3][4][5][6] On October 12, 2012, USA Network renewed Suits for a third season, to consist of 16 episodes 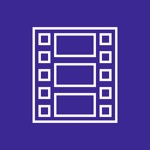