The Event: The original closing night of Studio 54 and the party called &quot;The End of Modern-Day Gomorrah&quot;

The Scene: The disco era was ending as the musical landscape welcomed the grittier punk and new wave scenes. Studio 54, the epicenter of disco, closed with one final party called &quot;The End of Modern-day Gomorrah&quot;. An A-List of stars gathered and packed the dance floor one last time. Soon the club&#039;s owners (Ian Schrager and Steve Rubell) would be imprisoned for tax evasion.Shortly after the nightclub&#039;s closing, cocaine and money were found in its walls.

Less than 3 years after Bianca Jagger celebrated her birthday only days after the club&#039;s opening in 1977 (See &quot;The Night that Changed Everything&quot; playlist here: http://sharemyplaylists.com/the-night-that-changed-everything ). Studio 54 would no longer open its doors to the city&#039;s elite.

For one last night however, Studio 54 was the place to be. Imagine the scene, as the night grew longer and the music played on and on. By the time Michael Jackson&#039;s &quot;Don&#039;t Stop &#039;Til You Get Enough&quot; dropped, the dance floor was packed and the party had started. 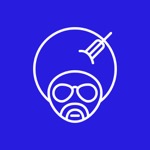