The Scene: Studio 54 had been open just one week when club owners Steve Rubell and Ian Schrager agreed to host Bianca Jagger&#039;s birthday bash on a Monday night in May. With his club (The Gallery) closed, Nicky Siano was at the turntables. Over the course of more than six wild hours, the nightclub scene....and the music scene...were forever transformed. Siano spun a mix of soul, funk, reggae and rock. As the night wore on, Siano worked the crowd into a frenzy--on and off the dance floor--and those lucky enough to be there experienced an epic musical event. The music sizzled..and dance music and nightlife were never the same again. 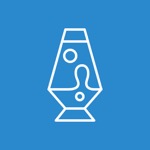