We make it easy for you to become an instant expert in music. Here is the definitive list, in order, of every number one song in the UK for each year from 1952 to the present according to the Official Charts.

A couple of notes: Where songs were not available in the Spotify library (like the Beatles, etc.) we inserted an alternate version of the song (with varying degrees of success). We will update as songs become available.

Did you know that the best-selling single in the UK is "Candle in the Wind 1997" / "Something About the Way You Look Tonight", a double A-side released by Elton John following the death of Diana, Princess of Wales. Since its release in September 1997, the single has sold approximately 5,000,000 copies in the UK.

The number three all-time best selling single in the U.K. is Bohemian Rhapsody (released late in 1975)...but that song didn't make the playlist because it was out-sold in 1976 by Brotherhood of Man's "Save Your Kisses for Me" and by 34 other songs. 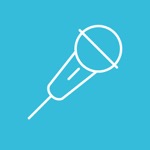