Rocksteady is a musical style that originated in Jamaica around 1966. As popularity goes, it was short-lived, its heyday only lasted about two years, from 1966 to 1968, filling the gap between ska and reggae, but it is arguably the most influential of Jamaican musicâ€™s many sub-genres. Here are the very best gems from all the main players and labels : Studio One, Blue Beat, Treasure Isle, Beverleyâ€™s, and many more.

For a non-stop play, open Spotify edit, go to preferences/playback and set crossfader at 6". 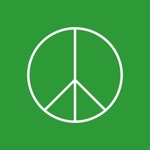